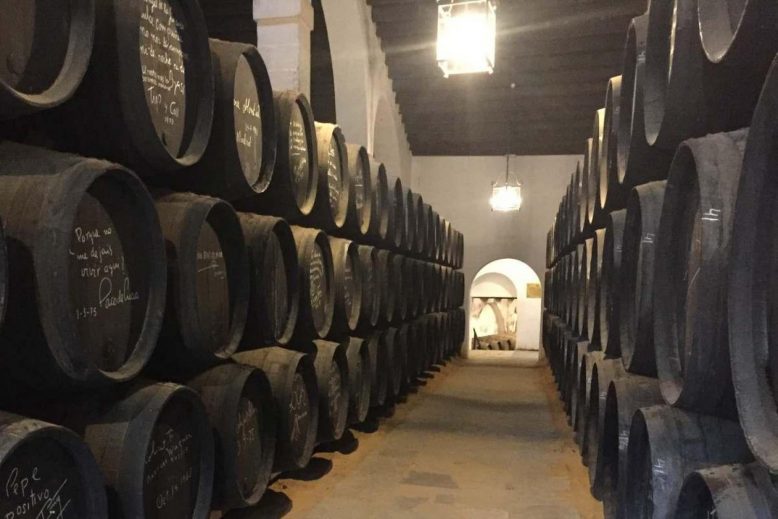 Back in 1956 – around the time of Sherry’s last heyday – Ruper Croft-Cooke wrote in his guide to Sherry, “There is sherry, and there are all other wines.”

It’s been a long time coming, but 60 years later, we are now in the midst of another Sherry renaissance. This time around, it’s dry sherry rather than the sweet style you are more likely to find at the back of your grandmother’s liquor cabinet.

Sherry is now proudly listed on wine lists in the best bars and restaurants around the world.

Certainly there’s been an improved distribution of smaller, high-quality bottlings to the UK. And bartenders have done their part in showing how versatile sherry is as a cocktail ingredient. We also have a new generation of drinkers increasingly opting for the intensely savoury over the fruity sweet flavours. Umami work so well with the variety of dishes. Think of the tapas bar: sherry is equally comfortable with a spicy chorizo to a hot pimiento de padrón,

It can also be beautifully simple. All dry fino sherry really needs is to be chilled down on a sunny day, catching up with friends and a simple bowl of Marcona almonds.

Ready to learn more about dry sherry? Load up your copitas with a fino and read on.

Sherry can only be made in a very specific area of south-west Spain called the “Sherry triangle” in Andalucia: between Jerez de la Frontera, Puerto de Santa Maria and Sanlucar de Barrameda. The magical combination of the unique chalky soil, the torrid sun and what is called the ‘solera system’ – a method of blending the wine from a “back catalogue” of older vintages. This creates food-friendly, complex wines that are more often dry than sweet.

Fino is a pale, light style of Sherry. Made from the relatively neutral Palomino grape, the flavours come from its time spent under a film of yeast called the flor. The layer of flor in the barrel deprives the wine of oxygen and the flor yeast gradually dies over seven to ten years. Usually fino is bottled at four to seven years, to preserve the fresh flavours before the flor dies away (and exposing the wine to oxygen).

Manzanilla is made the same way as fino, the only difference is that it must be made in the seaside town of Sanlucar de Barrameda where the climate by the sea causes the flor to be thicker. Some people say they can taste the sea in a glass of Manzanilla. It is the driest and most pungent of all sherries.

Amontillado is darker and richer than a fino. When the flor dies, unlike fino, the wine remains in the cask exposing it slowly to oxygen. This gives Amontillado its oxidative character. You will find Amontillado is less citrussy and less fresh than a fino; instead, it has an elegant, rich and complex structure with notes of nuts, butterscotch, caramel and bitter toffee. It can be served a little warmer than fino or manzanilla.

Not all Oloroso is sweet. In fact, dry Oloroso – or Oloroso seco – is what sherry lovers find the most thrilling. Unlike Fino and Amontillado, Oloroso are not aged under flor. This is full throttle oxidative wine in action. For naturally dry Oloroso, the higher alcohol strength and fuller body of an Oloroso will give the impression of roundness and even sweetness.

How to store Sherry

Fino and Manzanilla have been protected under a layer of flor for their whole life before they are bottled. That is why they are not meant to be cellared as exposure to oxygen will degenerate the wine. Ideally the bottle should be finished in one sitting, although this is easy to do, it is not always practical! Always keep the bottle well-sealed and in the refrigerator once opened.

Because Amontillado and Oloroso are already oxidised while developing in the barrel, they do not react as badly to oxygen as fino and manzanilla. Amontillado can be kept open for a month, while Oloroso can be kept for a couple of months. Generally speaking, the older the wine, the longer they can be kept.

See all Sherry at Bottle Apostle