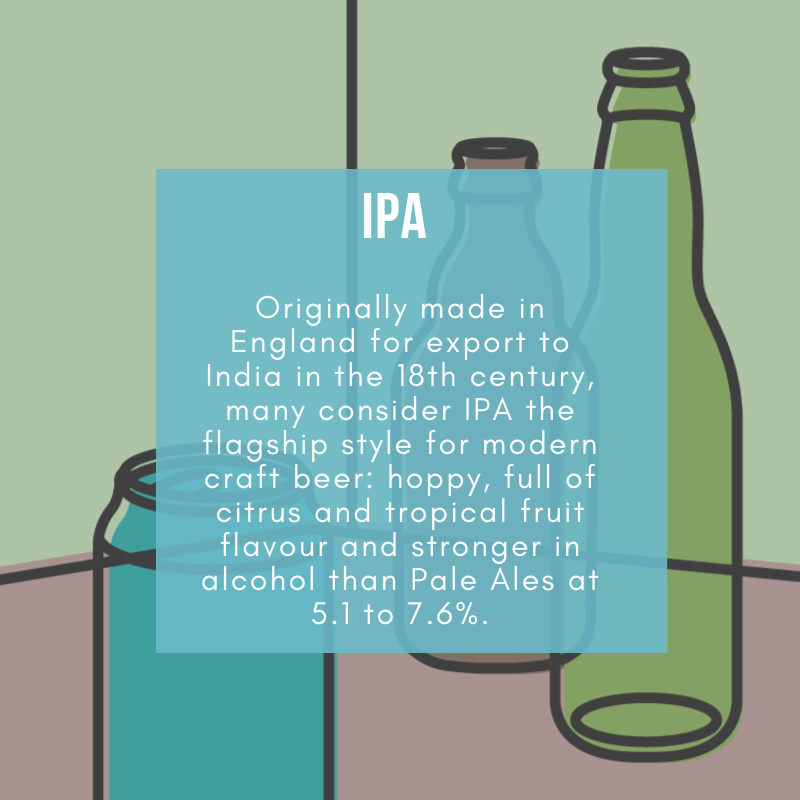 One of the questions we are asked the most is, “What does IPA stand for?” Followed swiftly by, “Why is it called India Pale Ale?

The short answer is I.P.A. stands for “India Pale Ale” but it is not from India. The long answer? Well, this highly hopped beer has a long and fascinating history.

Back in the late 18th century, English brewing companies realised adding extra hops to their pale ales would save the brews on the hot voyage around Africa. It was too hot to brew in India at the time, and with the water being mostly undrinkable for the English colonists, there was a huge demand for beer.

But it wasn’t until 1835 that the highly hoppy and strong style of pale ale became known as India Pale Ale. By the 1840s, the “Pale Ale prepared for the East and West India Climate” for England was eventually shortened to “India Pale Ale”.

The eagle-eyed may notice modern beers use the acronym – IPA – rather than I.P.A. (with the stops denoting an abbreviation from India Pale Ale).

Modern styles do not spell out IPA as “India Pale Ale” because it is not particularly pale and, historically, this style of beer did not travel to India. It wasn’t until American home brewers began experimenting in the late 1970s (thanks to President Jimmy Carter for repealing the prohibition-era law against home-brewing in 1978), and re-discovered India Pale Ale, finding it the perfect vehicle for playing around with different types of hops.

Today, when people think of Craft Beer, they think of the modern IPA – overly hopped and between 5.5% to 7.5% alcohol. The modern IPA is now only a passing salute to the historical style.

If you look at the wall of beer in our shops, you may notice brewers constantly like to experiment and reinvent older styles to create new sub-categories.

The three main styles of IPA:

The new styles emerging are only limited by the brewer’s imagination.